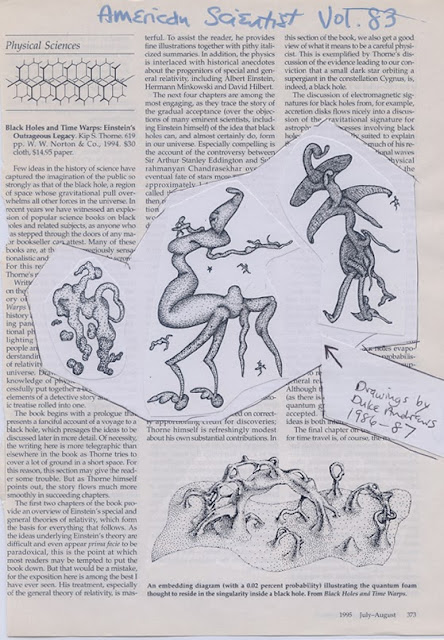 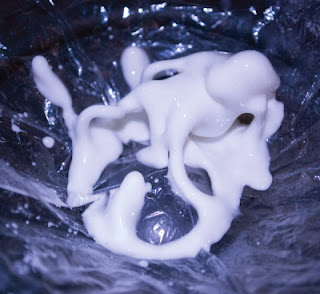 Superimposed on the magazine page: Drawings by Duke Andrews, sent to Salon: A Journal of Aesthetics in 1986 or 87

The magazine page: Scientific American, July-August 1995. The caption of the drawing says, "An embedding diagram (with a 0.02 percent probability) illustrating the quantum foam thought to reside in the singularity inside a black hole. From Black Holes and Time Warps"

Question: How did Duke Andrews know about this in the 1980s?