Or in this case, people who look like other people. 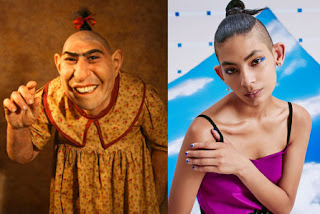 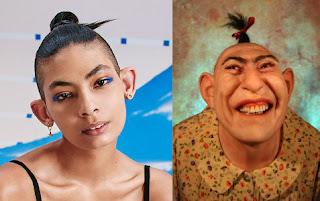 Ms. Knight has appropriated her look from characters in Tod Browning's 1932 film Freaks. 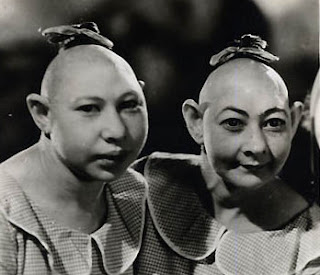 The color photos are of a performer known as Schlitzie, and the two people in the black and white photo were known as Pip and Flip. 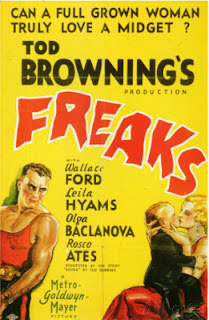